Home » Who We Are » Hugh Thompson 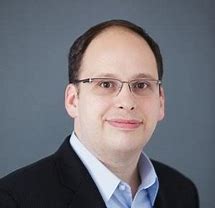 He is a leading force in the information security industry. Co-authored four books, written more than 80 academic and industrial publications on security, has been a contributor to The New York Times, interviewed by top news organizations including the BBC, CNN, NPR, Financial Times, Washington Post, Forbes, The Wall Street Journal, and others. More than a decade of experience creating methodologies that help organizations build demonstrably more secure systems. Joined Blue Coat in 2012 and served as CTO & CMO until the acquisition of BCS by Symantec in August 2016. Is now CTO of Symantec and leads the researchers and architects in the Office of the CTO and is also responsible for additional areas such as analyst relations. In 2006, named one of the “Top 5 Most Influential Thinkers in IT Security” by SC Magazine and has, for the past several years, served as the program committee chairman for RSA Conference, guiding the technical content for the world’s largest information security gathering. Previously sat on the Editorial Board of IEEE Security and Privacy Magazine, and served as an adjunct professor at Columbia University in NYC for many years. Holds a B.S., M.S. and Ph.D. in applied mathematics from the Florida Institute of Technology.