Home » How Our Sharing Works

How Our Sharing Works

How We Developed Our Sharing Model

We were founded in 2014 through an informal agreement to share intelligence among Fortinet, McAfee, Palo Alto Networks, and Symantec.  They called this arrangement the Cyber Threat Alliance, but CTA had no dedicated staff nor any legal paperwork. In 2015, the companies developed a white paper on the Cryptowall Crimeware. The paper garnered a lot of attention and showed the value of collaboration among the cybersecurity community.

At this point, the companies realized that they were involved in something bigger. In order to increase the impact across the ecosystem, CTA needed to scale. To achieve this, the Founding Members decided to establish CTA as an independent organization and re-launch it in February 2017 at RSA.  The revamped CTA now has dedicated staff, resources, and a technology platform for sharing advanced threat data. As a result, CTA members can all share timely, actionable, contextualized, and campaign-based intelligence that can be used to improve their products and services to better protect their customers, more systematically thwart adversaries, and improve the security of the digital ecosystem.

How the Sharing Model Works

Members upload information to the platform: Members upload Structured Threat Information Expression 2.0 (STIX™) packages of linked intelligence with pre-set fields to the CTA platform. All STIX 2.0 packages must contain at least one observable with accompanying context, some elements of which are required. All packages are attributed to the submitting member, but the affected entity’s data is anonymized. CTA’s use of the STIX 2.0 submission format enables easier sharing and improved readability of indicator and context data, empowering members in their efforts to disrupt hostile actors and better protect their customers.

CTA’s algorithm scores submission: Each package is assigned a total point value at the time of submission. Each package is correlated with other members’ submissions for mutual validation; members will score more points by validating observables previously submitted by other members while including new or additional context. CTA’s scoring system prioritizes the submission of information that our members value. If a member’s average total daily points is greater than the set minimum value, they are in good standing.

Members extract information from the platform: Members in good standing can set filters to extract other members’ submissions. Filters include: the member who submitted, the threat actor name, and the submission date. On average, members are sharing approximately 4 million observables per month, including two-thirds files and one-third network observables. 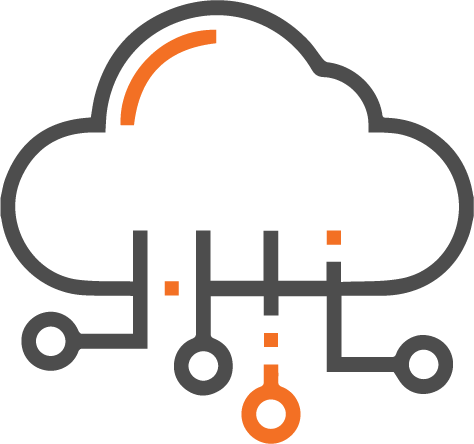 What data intelligence is currently being shared?

Approximately 135,000 STIX packages per day, with an average of two pieces of context per observable.
Packages include a range of observables and TTPs across the kill chain.
Observables include, for example: files, domain names, addresses, and Uniform Resource Identifiers (URIs).
TTPs: Over 50 TTPs from MITRE’s Common Attack Pattern Enumeration and Classification (CAPEC™) and Adversarial Tactics, Techniques, and Common Knowledge (ATT&CK™).
Membership in CTA gives members access to validated, curated threat intelligence they might otherwise not have.

The current version of the CTA Platform was deployed in 2019, having been recently upgraded. Our new platform is more efficient, easier to use, and rapidly updateable, and has the adaptability, ease-of-use, and analytic potential essential to tackling threats as they emerge. It is also designed to incentivize the sharing of high quality, actionable threat intelligence that satisfies the needs of CTA members.
The platform is housed in the cloud and was developed using open source technologies and tools to ensure the solution is vendor-agnostic to the extent possible.
The platform applies a value-based algorithm to all shared intelligence. The algorithm rewards timeliness and context, and points are awarded based upon the desirability of that data among CTA’s membership.
The platform will continue to evolve and develop over time as the CTA expands and matures, with member engagement through CTA’s Platform and Algorithm and Intelligence Committees.

Join your peers in sharing cyber threat intelligence to better protect your customers and the digital ecosystem.